Handsome Andy is one of our recent success stories… but it took a while to call it such. 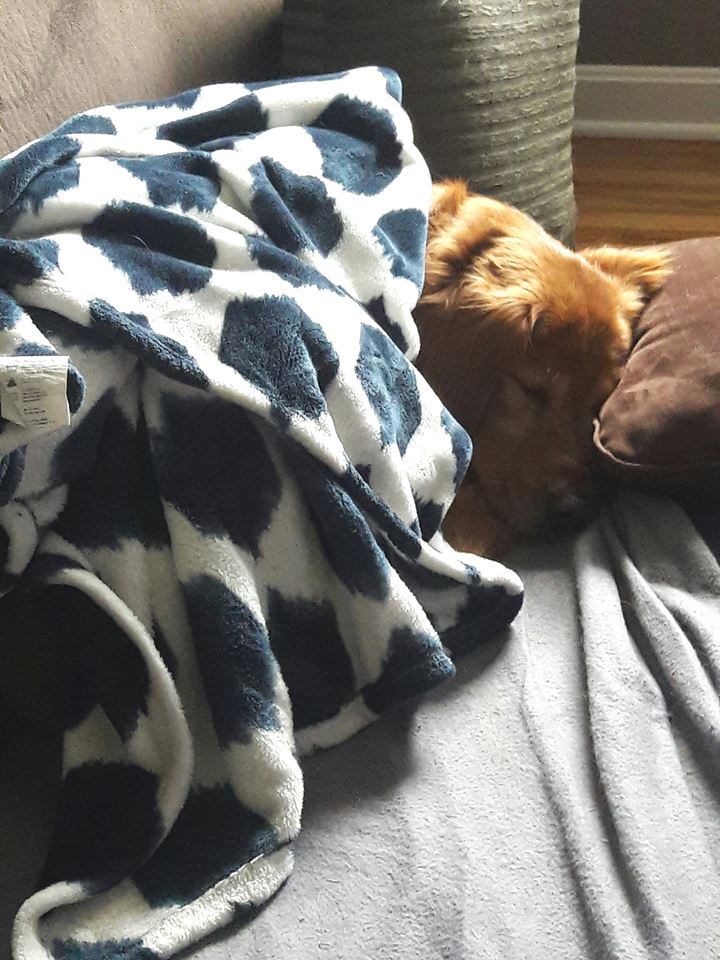 Andy came to Golden Retrievers in Need Rescue Service out of Northeast Ohio in August, 2016. He had been seen running for a week before being caught and brought to safety. It was believed he may have been a breeding dog, as he was extremely frightened, unsocialized, and was totally shut down. He appeared to have been attacked by another dog or animal as he had multiple puncture wounds on his body. He was also extremely fearful and submissive, and cowered when meeting our gentle volunteers who visited him in a quiet room.

After time with a certified trainer/foster to tamp down his fearfulness (he was so very submissive initially), he went to another wonderful and caring foster home for almost a year. He finally made strides in conquering his fearfulness — he wouldn’t even go into the various rooms of the home at first, but finally ventured into his foster’s dining room (a huge surprise for them).

He relied on one of the resident Goldens to show him what to do as well. He learned to run out of the door and chase bunnies with the resident dog (they have never caught one, but enjoyed the chase). This boy began to show off his personality; he figured out how to play and he was so much fun for his foster parents to watch—they thought he surprised himself sometimes!

Finally the best thing happened: in September of 2017, Andy was adopted. At the onset of their adoption, his new owner shared this: “This special-needs boy has a long way to go. He will need all the love and patience in the world. And that is just what we are prepared to give him. Please welcome our new baby boy and keep all of us in your thoughts and prayers!” 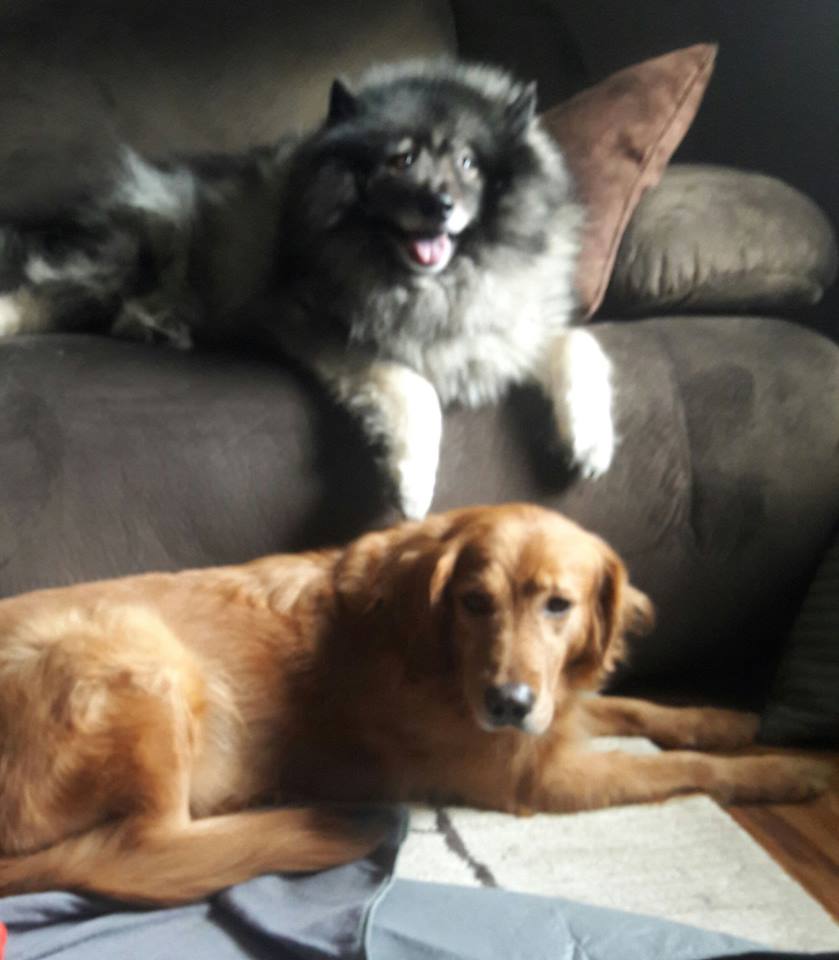 es. They say he happily runs in from outside (which was once fearful territory for him), enjoys watching TV, and having a ball with his fur sibs, Maddie and Turbo.

They added this note a few weeks later: “Thank you, Golden Retrievers in Need Rescue Service, for trusting us with our baby boy, Andy. He is gentle, sweet, smart and loving. He knows our love and home is his FOREVER!”

He is going to continue to flourish for sure. This is why Golden Retrievers in Need Rescue Service loves rescue work—we live for the happy endings.

Thank you for your support, PEDIGREE Foundation.