The PEDIGREE Foundation wants you to know that animal abuse is more prevalent than you think, and YOU can help to stop it.

Our furry friends need love, attention, and the basic life necessities just like their human companions. The Humane Society estimates that 64.5% of animal abuse cases involve dogs. There are signs that abuse is occurring, and as animal lovers, it is our duty to report the crime.

According to the Animal Legal Defense Fund, “In terms of the number of animals affected and the degree and duration of their suffering, hoarding is the number one animal cruelty crisis facing companion animals in communities throughout the country.” Hoarding cases specifically take a toll on local shelters and can even bankrupt them because of the sheer numbers involved. From animal neglect to hoarding to organized cruelty like dog fighting, it’s all wrong and must be stopped. Local shelters are doing their part to end animal cruelty by taking in abused animals, rehabilitating them, and finding loving homes. You can do your part too by looking for signs of animal abuse and reporting them to local authorities. 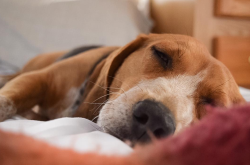 The signs are there. As a community, we need to be vigilant and alert for signs of animal abuse. If you see any of the following signs in an animal, contact your local authorities to report the abuse.

The first step is to observe the animal. Does the animal have untreated injuries, protruding bones, patchy or matted fur?

Can you see the animal being abused? Does the animal cower in fear when with its owner? Is the owner loving or dismissive and aggressive with their pet? Do they raise their voice and say inappropriate things? You can bet that whatever is done or said in a public place is worse in the privacy of their home.

How are the animals living conditions? Is the dog permanently tied to a chain or left in a cage? Is the animal forced to live in its own waste and refused physical exercise or interaction with people or other animals?

Does the animal lack the basics? Is the animal denied food, water, adequate shelter, or veterinary treatment?

Is domestic violence present? The Humane Society reports that pet abuse occurred in 88% of home where there was suspected child abuse. The correlation is staggering. 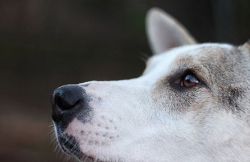 Ways you can help the animal being abused

If you see that an animal is being abused, take action. Animals cannot speak for themselves, and it is up to us to be their voice.

1. Report the abuse to local authorities. Do an online search to find the local agency to contact. This could be the local police department, an animal shelter, or the local animal control department. It’s important to act when you see the abuse happen. It may be part of the abusers pattern to not only abuse animals in his or her care but they may be abusing people in their homes as well. Also, consider reporting the abuse using the ALDF app to report abuse. Read more and get the app here.

2. Collect evidence. Document the abuse in photographs, videos, an eyewitness report, or a police report if the situation calls for it. Specific things to document may be the location of the abuse, dates and times if you have seen multiple instances over time, and descriptions of people and the animals involved. All of these items will help a case if it is ultimately filed.

3. Prepare to testify. If you are willing to identify yourself, your testimony as an eye witness will help to build a strong, prosecutable case. Although, if you choose, you may remain anonymous.

Chances are, you are not going to witness an instance of abuse happen. So what can you do today to support the cause? Get on board with the ASPCA’s efforts. There are local chapters that you can join and events that you can donate your time. Or, you can adopt a dog from a local shelter that has been rescued! Give an abused animal the chance to live a long and happy life with a loving family!

There are thousands of animals waiting for you to take action. Make April the month to make a difference in your community by doing something to end animal cruelty. 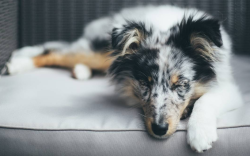