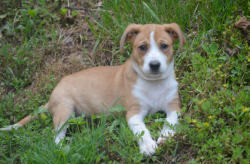 CAAR was founded when a group of retired, animal-loving ladies watched dog after dog die in a rural shelter on the verge of being condemned in Western North Carolina. Knowing there were no local options at the time for placing these shelter dogs, they began searching for partner rescues in the Northeast. Early transports were sometimes just one dog; their largest to date was 38 dogs!

One county shelter where Charlie’s Angels is particularly active has seen its euthanasia rate decline by 40 percent. This is primarily due to the large number of dogs we are able to take from the shelter, including many who are sick, old, or pregnant. This year, we transported approximately 650 dogs to high-quality no-kill rescues in the Northeast. 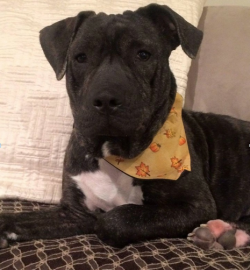 One particular dog, Natalie (pictured right), was living in a local shelter with one of the worst cases of demodectic mange they had ever seen, her eyes pleaded for help through her raw, furless flesh. As her fur slowly grew back with extensive treatment and her stunning beauty surfaced, there was no doubt CAAR’s efforts had been worthwhile. Natalie was adopted over Thanksgiving after being transported to Pennsylvania earlier in November!

Thank you for helping us help dogs, CAAR!