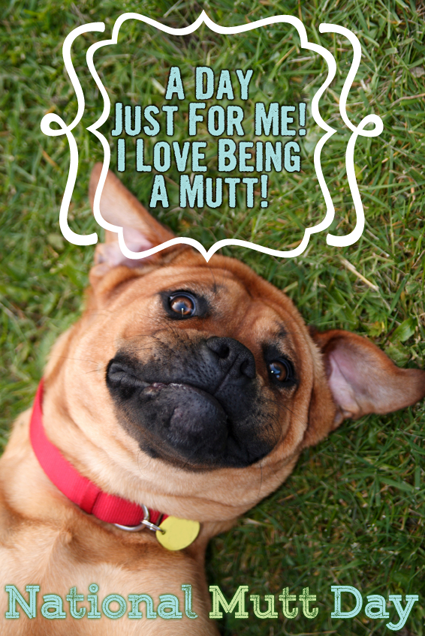 National Mutt Day was created in 2005 by Celebrity Pet Expert and Animal Welfare Advocate, Colleen Paige, and is celebrated on both July 31st and December 2nd. National Mutt Day is all about embracing, saving and celebrating mixed breed dogs. The biggest percentage of dogs euthanized in due to the constant over-breeding and public desire of designer dogs and pure bred puppies that are sold to pet stores supplied by puppy mills that often produce ill and horribly neglected animals.   National Mutt Day was created to be celebrated on two dates per year to raise awareness of the plight of mixed breed dogs in shelters around the nation and to educate the public about the sea of mixed breed dogs that desperately await new homes. Mixed breed dogs tend to be healthier, better behaved, they live longer and are just as able to perform the duties of pure bred dogs – such as bomb and drug sniffing, search and rescue and guiding the blind. There are millions of loving and healthy mixed breed dogs sitting in shelters, who are desperately searching for a new home.

We know that most shelter dogs are loyal mutts. We love them so much!  In honor of National Mutt Day we’d like to share a couple of stories you may have missed. 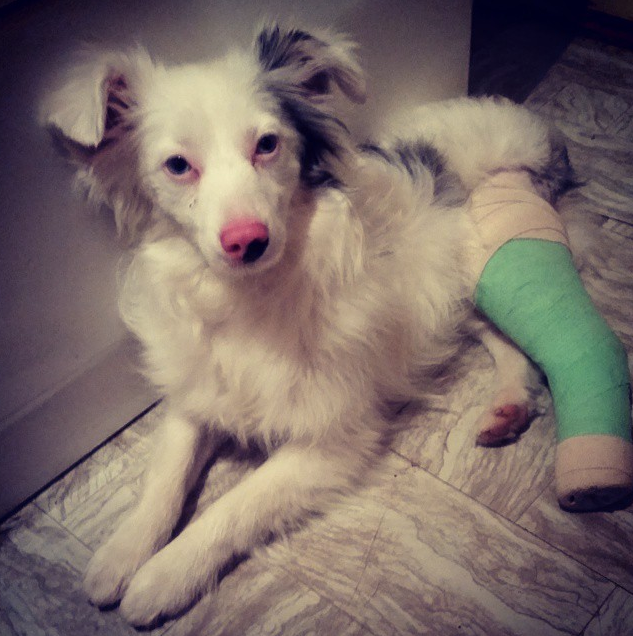 Meet Thumper! Thumper has a wonderful story of being rescued by the Hill Country SPCA. “Thumper was rescued from the Hill Country SPCA, he had been thrown out of a moving vehicle causing his rear leg to break quite badly in two locations. He was taken to a nearby Animal Control facility where they put a makeshift cast on and held him for his required stray hold. The Hill Country SPCA picked him up as soon as they saw his adorably goofy picture. By the time he got to the Hill Country SPCA, it was too late to do surgery to fix the break so their only option was a cast. Not long after he got to the shelter they realized he was deaf, which is likely the reason he was thrown from a vehicle. I took one look at him and knew I had to foster him, He was about half of his current body weight, and had separation anxiety so bad he caused himself laryngitis! Thumper is a Double Merle Mini Australian Shepherd, he is Deaf because someone breed two merles together. There is always an extremely high chances puppies from two merle parents will be born deaf, or Blind AND Deaf! I ended up adopting Thumper and he has taught me more than I could ever imagined. He goes to work with me every day at the Hill Country SPCA and is the Ambassador to the Healing Hearts Program which helps special needs dogs, like himself, get a second chance.” 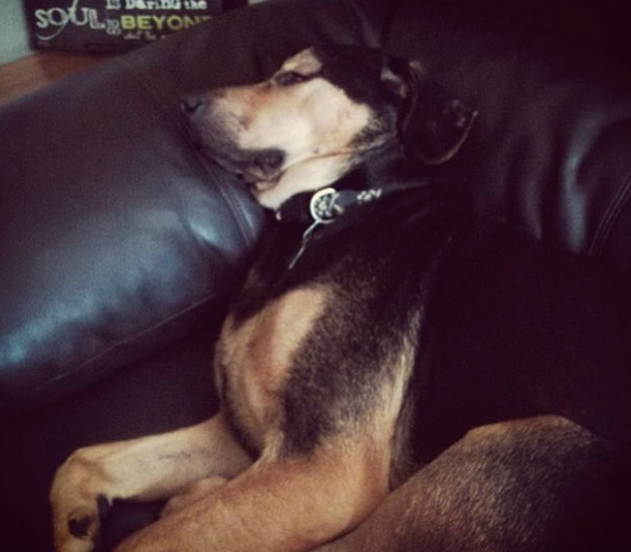 Meet Diesel! @cortparsons saw a Facebook post that someone had dropped puppies at an abandoned house in a cardboard box. Her husband picked the one he wanted from the photo and she picked him up the next day. He was so tiny and fit in the palm of their hands. All they knew about him was that is was part black lab and now he is full grown at 70lbs!! Thank you for choosing to rescue a dog in need. We need more people in the world like you!